With the power of real-time "Product Observability"
Upgrade your feature flags and experiments to accelerate your product growth with the most powerful stats engine.
Test Drive Now

What others say about us

CTO & Cofounder, Zoya Finance
“...There's no way to ship things fast, safely without feature flags. ... The ability to conduct experiments, of course, is where feature flags shine the most. Statsig is a relatively new player in the space, but the team's responsiveness to feature requests and questions is what won us over.”

Product Director, Understood
“The Understood team chose Statsig for its fast integration and quick setup, which allows us to run more experiments and gives us confidence in data informed decision making.” 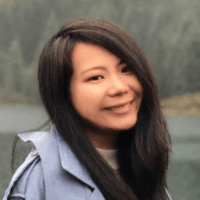 Data Science Manager, Notion
“At Notion, we're continuously learning what our users value and want every team to run experiments to learn more. It’s also critical to maintain speed as a habit. Statsig's experimentation platform enables both this speed and learning for us.”

What is Product Observability?

Product Observability combines experimentation with real-time analytics to give you a 360° view of your product and business. For the first time, you can see which features are driving your business core metrics - not just events and clicks.

THE MOST TRUSTED EXPERIMENTATION PLATFORM ON EARTH

Any device, any metric, any scale

Statsig serves all your experimentation needs with a unified platform that connects what you build with the impact you deliver. We power A/B tests and experiments on any device, in any part of the application stack, at any scale. Statsig gives you a comprehensive 360° view of how your product is performing.

We help developers become savvy decision-makers. Statsig introduces end-to-end observability for each product update, from system performance to customer behavior, and hands developers the ability to bring data to their teams for every product decision.

SDKs for every application

Get started within minutes with client and server SDKs in a programming language of your choice. From Javascript, React, iOS and Android to Nodejs, Java, and Go, Statsig’s SDKs are designed to always deliver a consistent user experience and prevent any latency issues.

Out of box integrations

Use prebuilt integrations to ingest and export data from and to your existing systems and development tools. From Segment and Datadog to Slack and Visual Studio Code, Statsig is adding more integrations everyday to help you get the most out of your data.

Join our Product Experimentation Community on

Connect with our data scientists and engineers, and ask questions or just hang out with other cool folks that believe in an experimentation culture!

A data-powered approach to growth

Evidence speaks louder than intuition. Statsig delivers the evidence you need to lead your team in the right direction.

Find out why
BUILD

Statsig automatically runs an A/B test for each feature gate so you can validate the feature’s impact on customer behavior and application usage. Never again fly blind on how a new feature will perform.